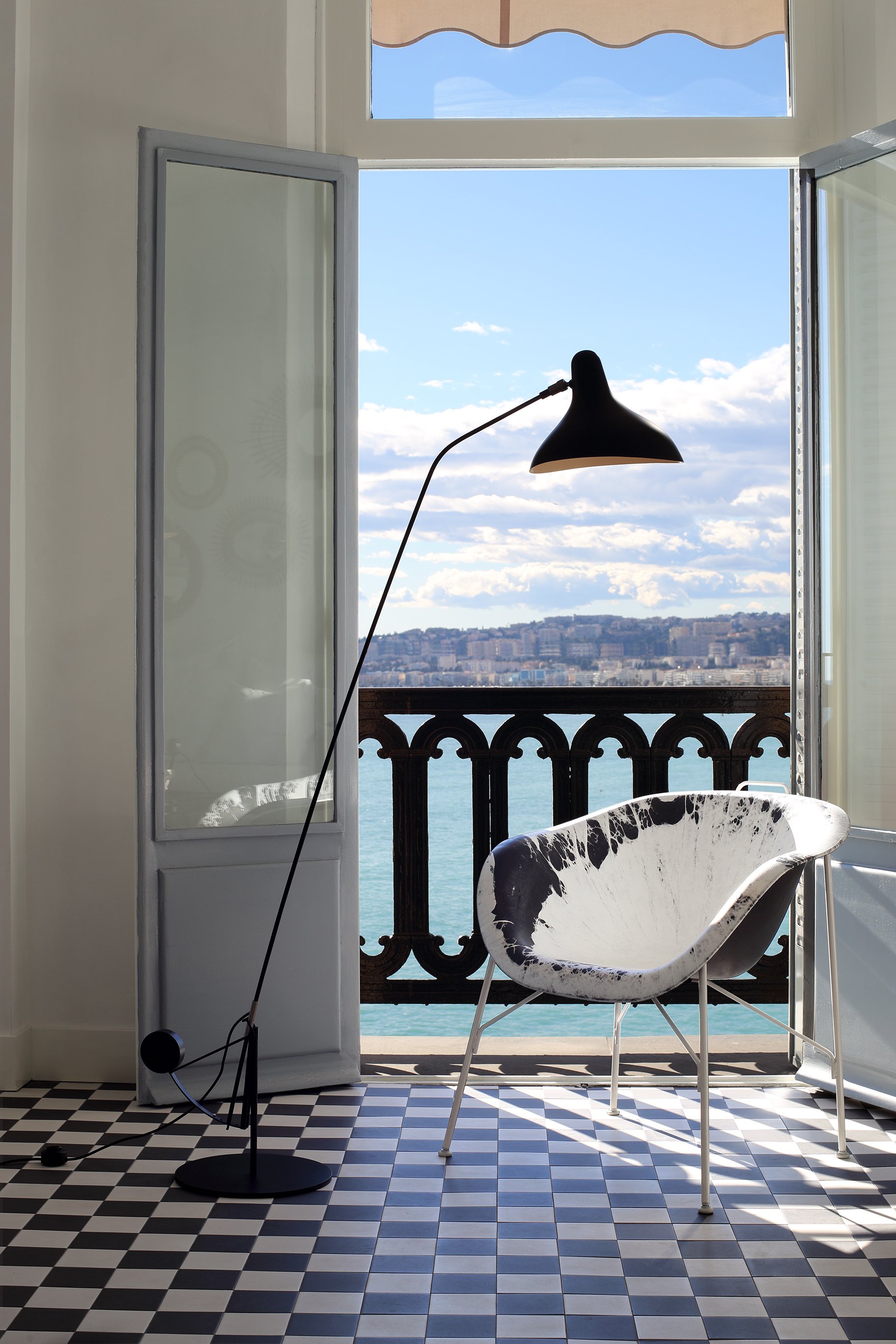 "Elegance on a thread"

A great admirer of Alexander Calder, Bernard Schottlander created
in 1951 a series of lamps called MANTIS.
Movement is the source of inspiration for all of Schottlander's work:
artist, engineer-handyman, he develops a clever pivot-counterweight system,
and uses flexible and resistant metal rods.

These lights playing on the tension between balance and imbalance,
drawing the secrets of emptiness and fullness, like mobiles,
seem to defy the laws of gravity.
The lampshade, projected like an acrobat in the air, remains unique.

The poetry of the object invites to dream. Elegance on a thread ...