HERE COMES THE SUN lamps were created by Bertrand Balas in 1970. The lamps in the collection can be used alone or in groups, forming a constellation of stars, a galaxy populated by moons and planets. 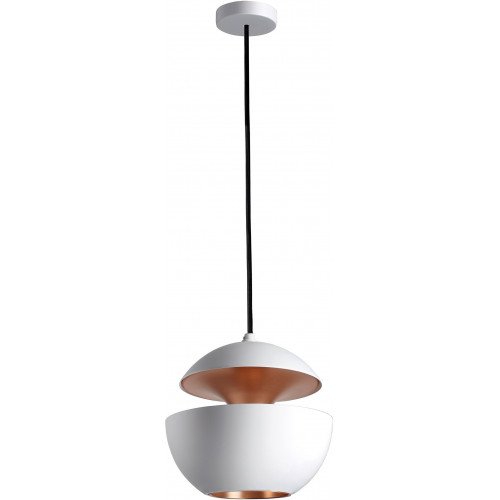 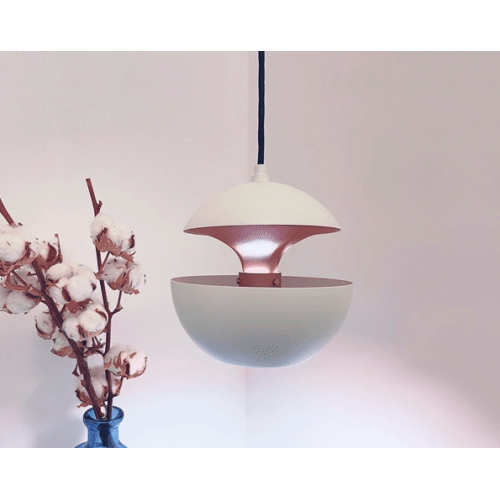 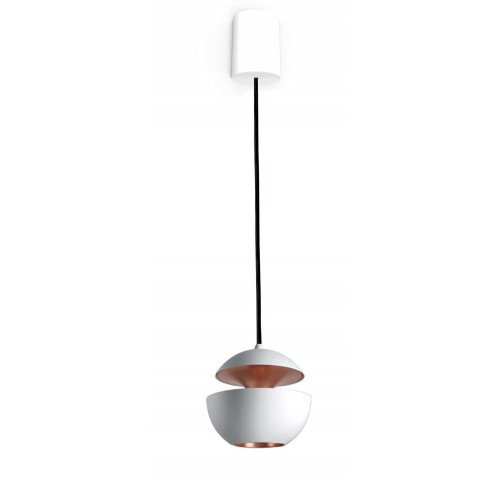 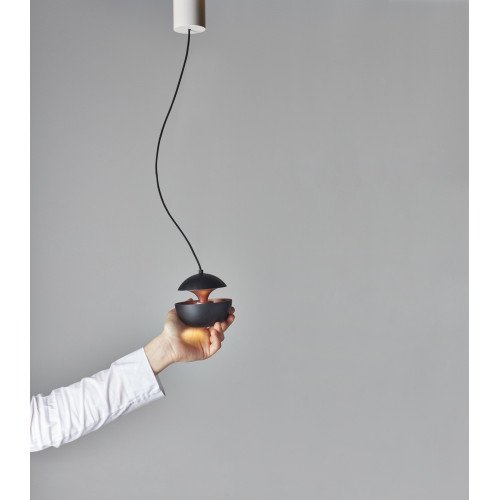 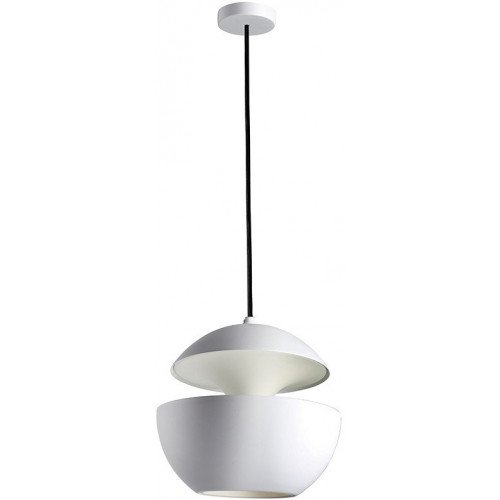 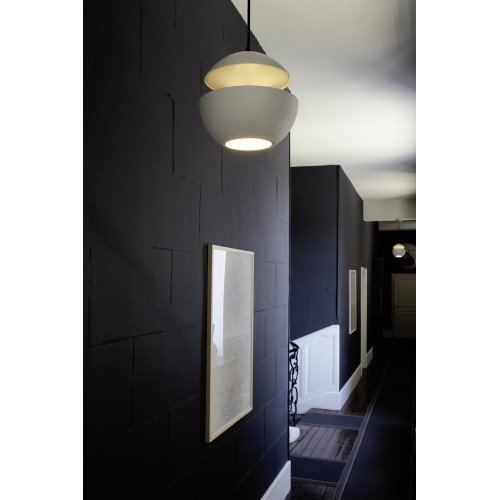 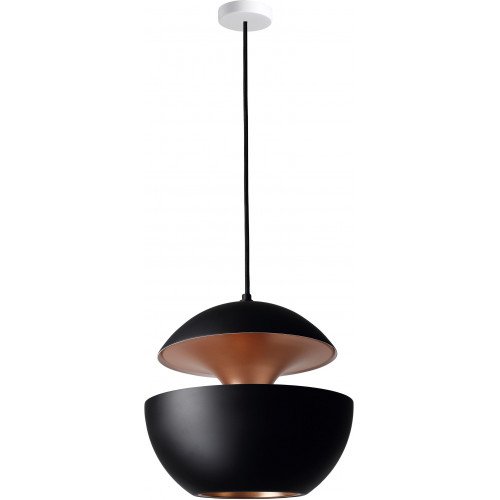 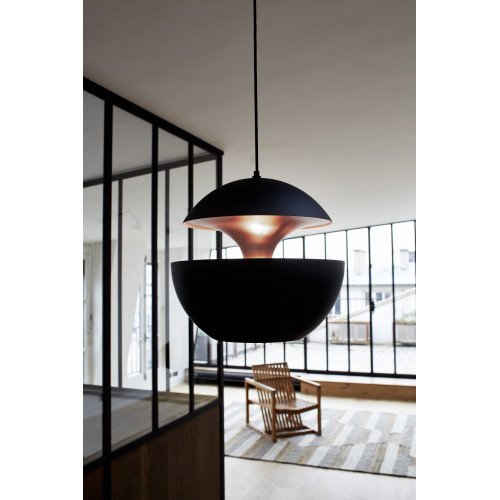 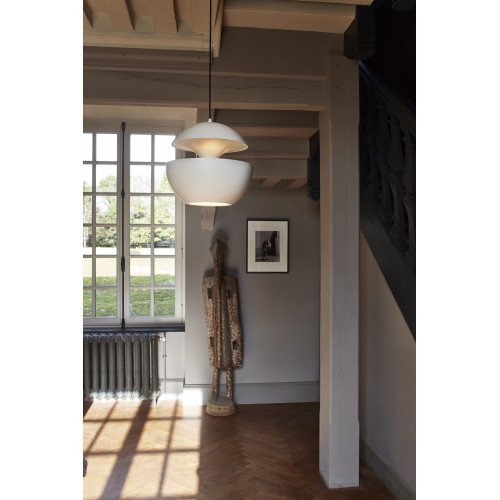 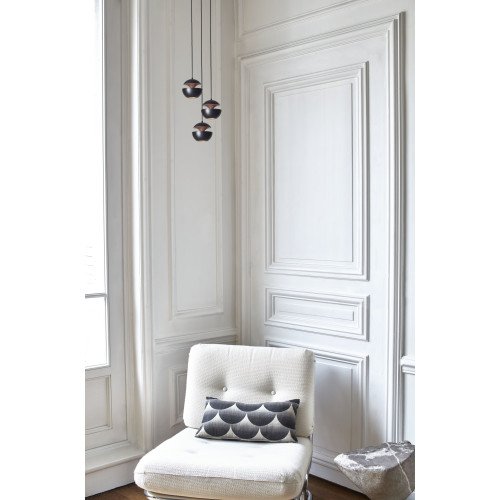 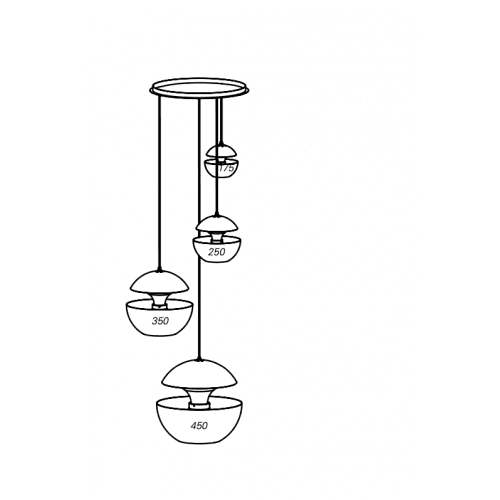 Inspired by the sun

Bertrand Balas, architect from Toulouse born in 1935, likes to contemplate the sunsets on the Garonne.
As he likes to say with a certain musicality: “It makes me feel good. "
In August 1970, he created the Here Comes the Sun luminaire. At first glance, this original lamp looks like all the so-called original lamps. But on, the Here Comes the Sun pendant light becomes magical.
The night becomes soft, and reassuring. The young and enthusiastic DCW company had the rich idea of republishing the Here Comes the Sun pendant collection that Bertrand Balas designed in 1970.
An unusual object as much as a lamp, it is available in four finishes: black / copper, white / copper, black / black, white / white.

To the 5 formats initially offered, DCW added in 2017 the Here Comes the Sun Mini, with a diameter of 10cm, which broadens the scope of its uses. This captivating truncated sphere suspended in the air evokes a mysterious star floating in space ...
Sculptural, Here Comes The Sun consists of an aluminum shade suspended from a textile cable. The formal dialogue between interior and exterior of the lampshade is absolutely spectacular.
The bulb is fully integrated into the body of the lamp, thus creating a perfect symbiosis between the design and the light source.
The Here Comes The Sun pendant lights diffuse direct and indirect light at the same time.
The light is simultaneously directed downwards and reflected from the inside of the shade, creating a particularly striking halo of light after dark.
Available in different sizes, Here Comes The Sun pendant lights can be used alone or in groups, forming a constellation of stars, a galaxy populated by moons and planets.