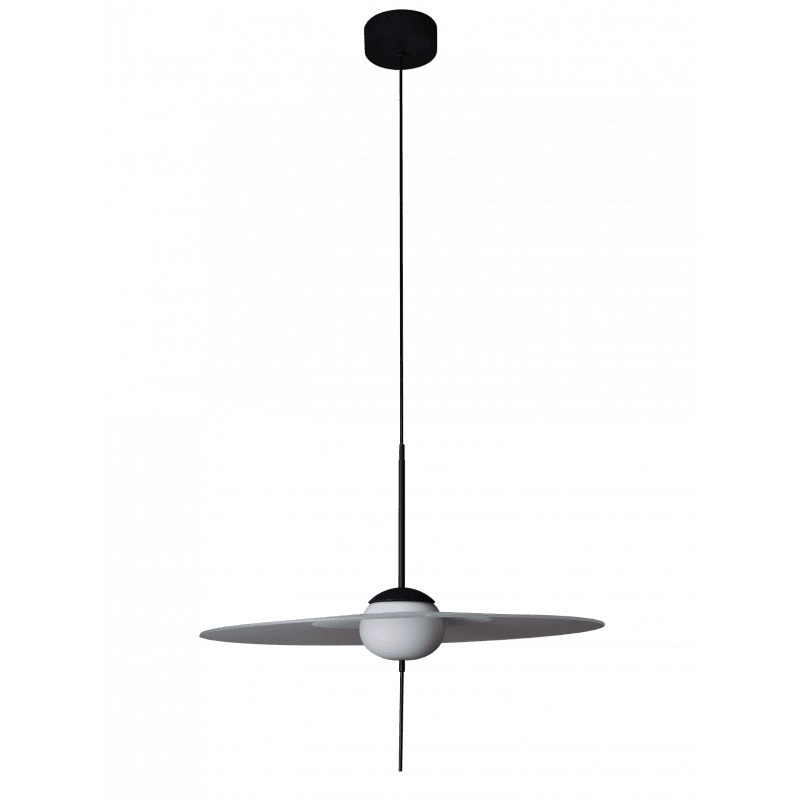 The MONO collection was created by the couple Ester and Sam from the "Vantot" studio, inventor of VVV lighting.
Création 2022

This sumptuous MONO L600 pendant lamp seems to float in the air, it has a 60cm diameter tilting disc and an opaline white glass sphere, diffusing a soft and warm light at 360°.
This pendant lamp is equipped with a touch rod to turn it on and off, and to vary the light intensity simply by keeping it pressed.
The MONO collection is available in three sizes : 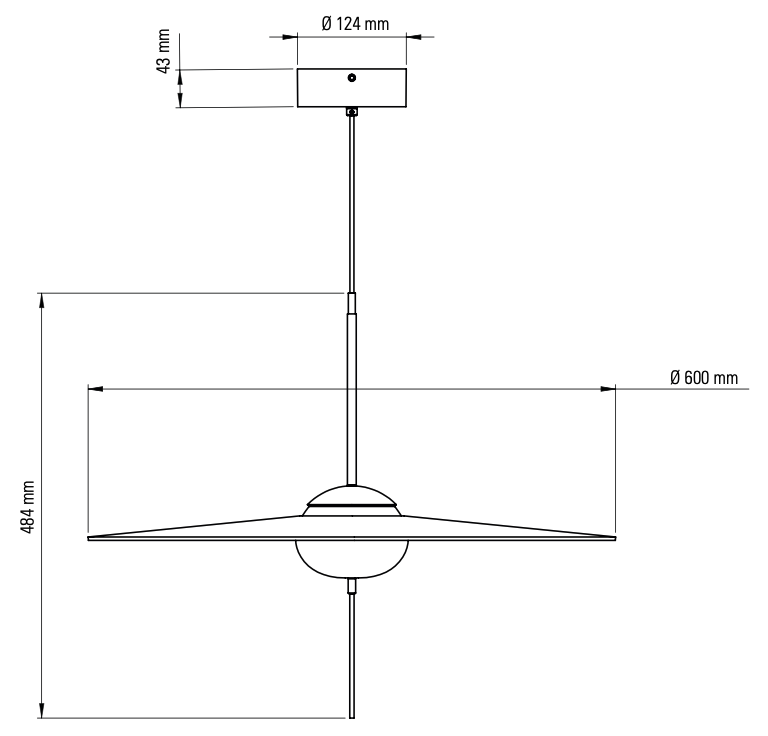