This ceiling lamp from the Lampe Gras collection DCW Paris editions has two articulated arms
adjustable that can extend up to 88.4 cm,
which allows the light to be directed with precision.
This lamp placed above a worktop, a dining table, or even a hallway,
will bring character to your room with elegance and character.
A single electrical point, two lamps! 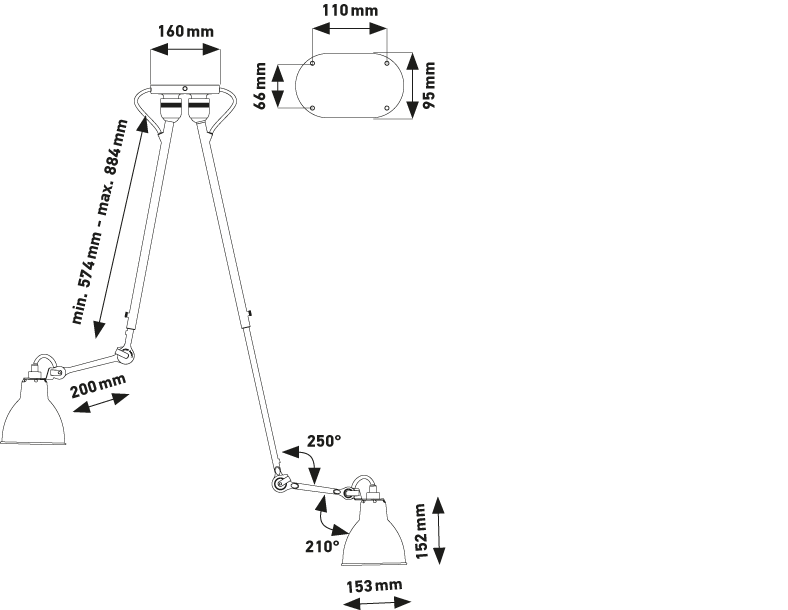