Sammode is reissuing a collection of lamps designed in the 1950s by one of the greatest French designers: Pierre Guariche. 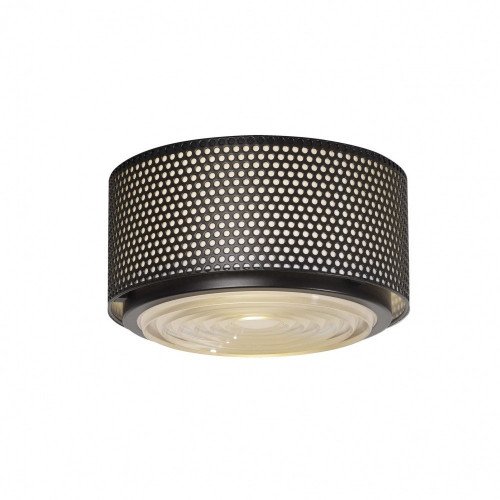 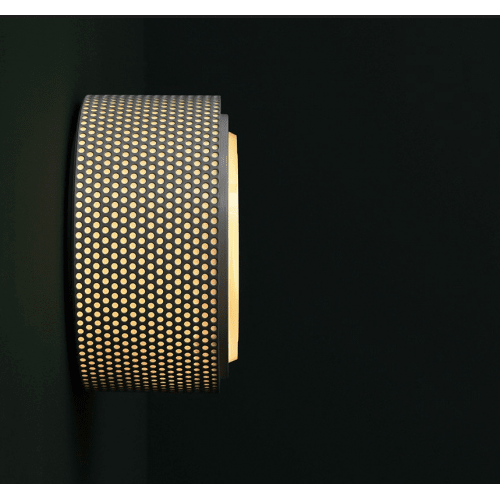 Sammode
G13
€509.00
The functional and aesthetic G13 ceiling lamp can be installed not only in the bedroom, but also in hallways, offices and even the kitchen. 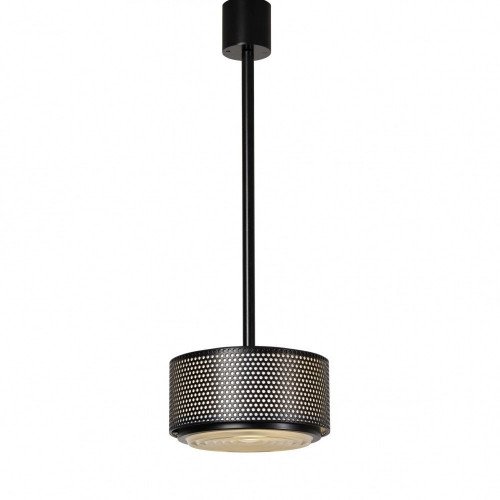 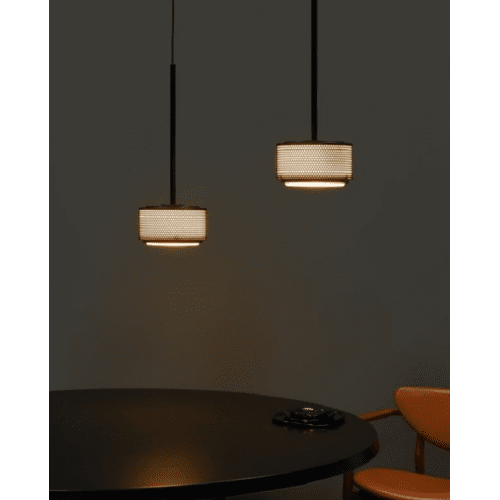 Sammode
G13A
€839.00
The G13 model is also available as a pendant!The luminaire is suspended from a metal rod followed by a 3 meter long electric cable highlighting its diffuser. 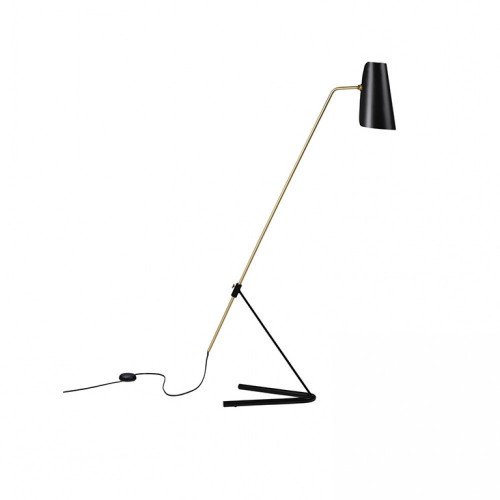 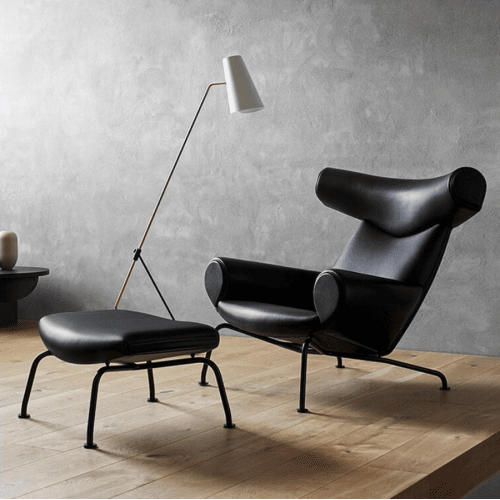 Sammode
G21
€1,259.00
The G21 is an ideal reading light for accent, precise and intimate lighting.The brushed varnished brass pole is adjustable thanks to its sliding rod (from 117 cm to 163 cm) for comfortable height adjustment. 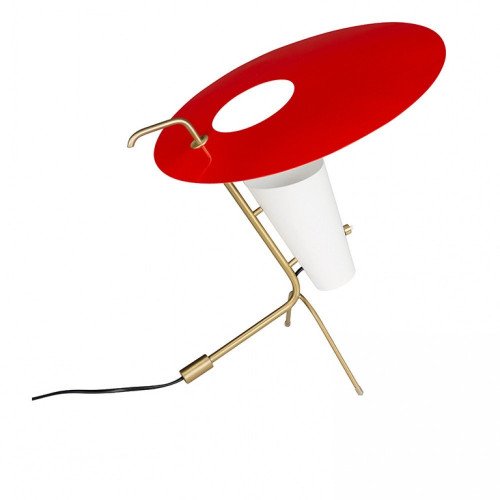 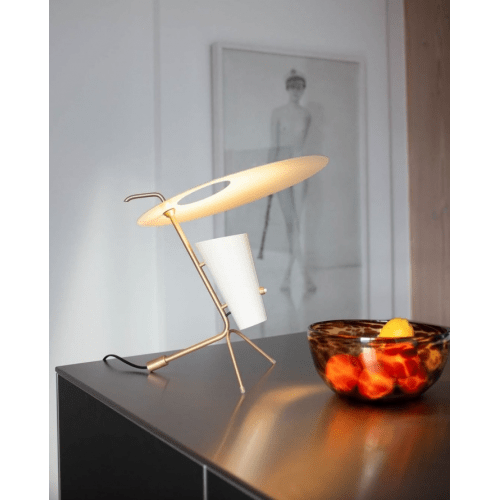 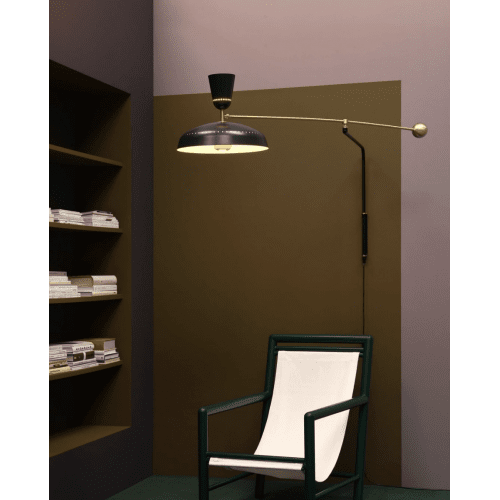 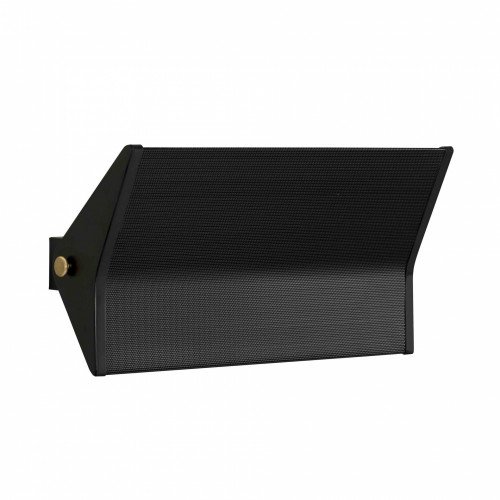 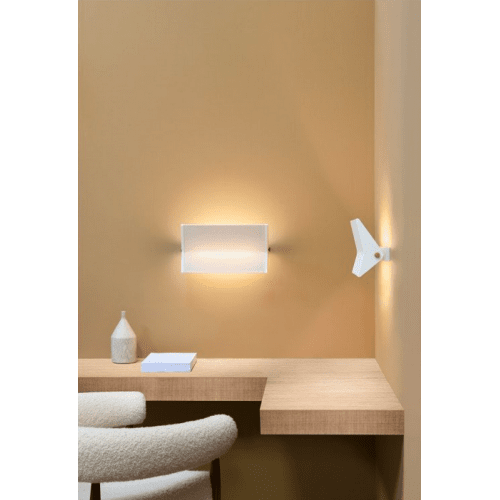 Sammode
G3
€689.00
Sammode Reissues a selection of lighting imagined in the 1950s by one of the leading French designers: Pierre Gurariche.The G3 indirect wall light diffuses a soft and comfortable light, ideal for illuminating a headboard, a desk or even a hallway. 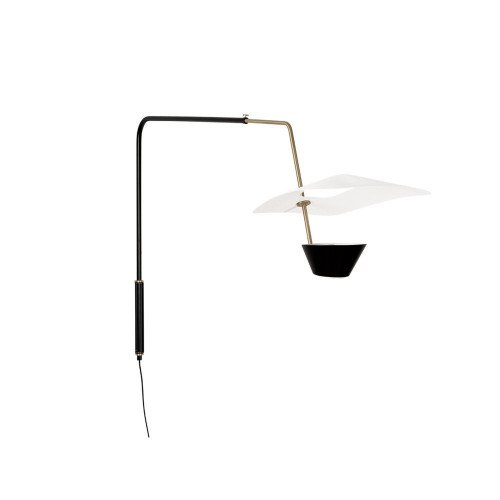 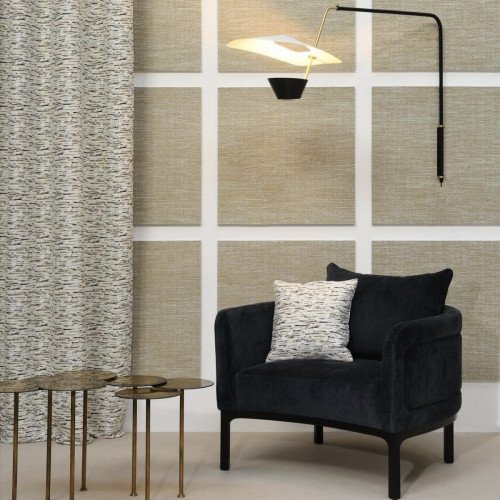 Sammode
G25
€1,619.00
This design and elegant creation is equipped with an atypical and structured reflector which provides a diffused and pleasant light, and a rod in brushed varnished brass adjustable in length (from 83 cm to 126 cm) for a comfortable adjustment. 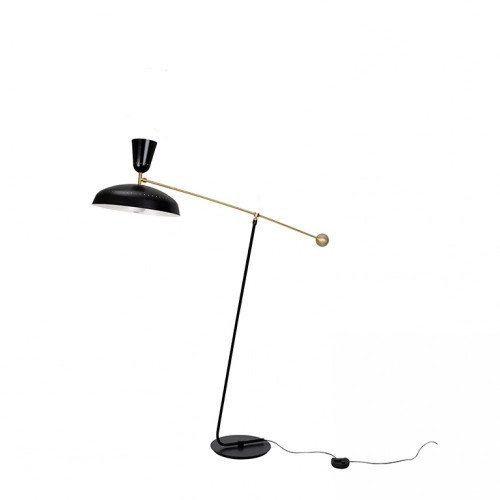 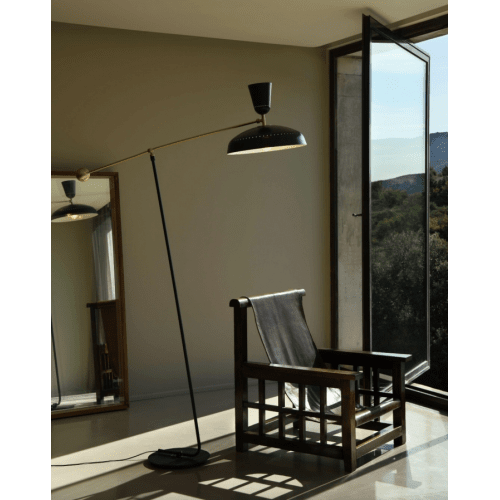 Sammode
G1 Floor
€2,939.00
This magisterial and timeless floor lamp was designed by Pierre Guariche in 1951, and is offered in two sizes.The large version (1.75 metres high) is ideal for lighting a tabletop.The small version (1.2 metres high) would be perfect for a reading corner or chillout space. 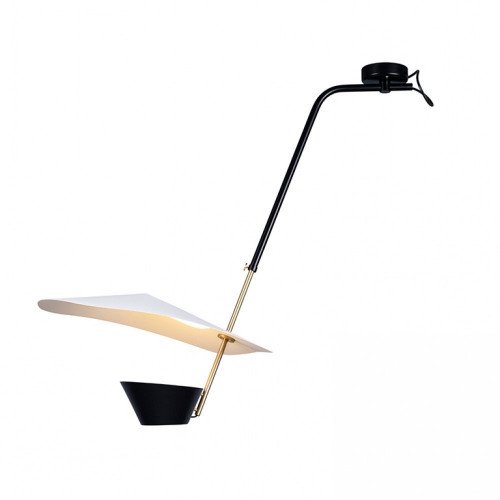 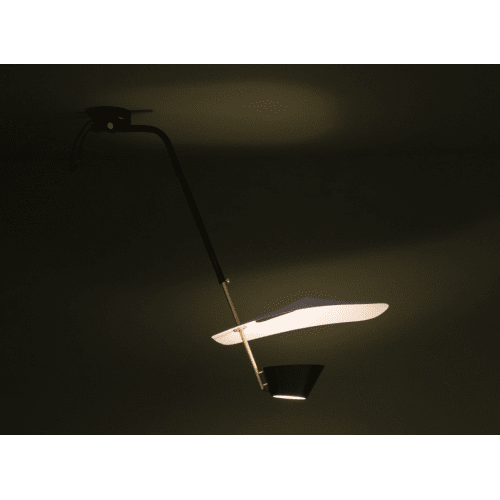 Sammode
G25 suspension
€1,619.00
The G25 wall lamp is now available in pendant lamp!This design and elegant creation has an atypical and structured reflector which provides a diffused and pleasant light, and a brushed varnished brass rod adjustable in length (going from 50 cm to 83 cm) for a comfortable adjustment. 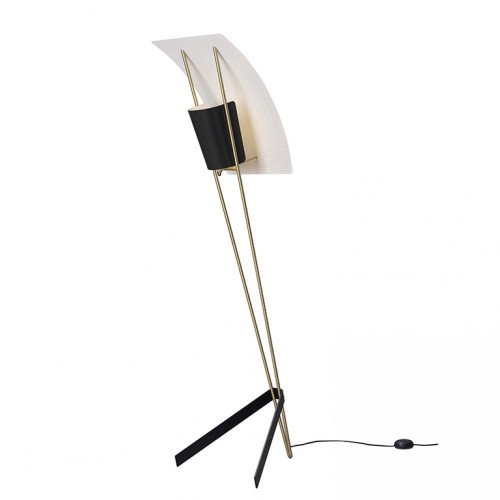 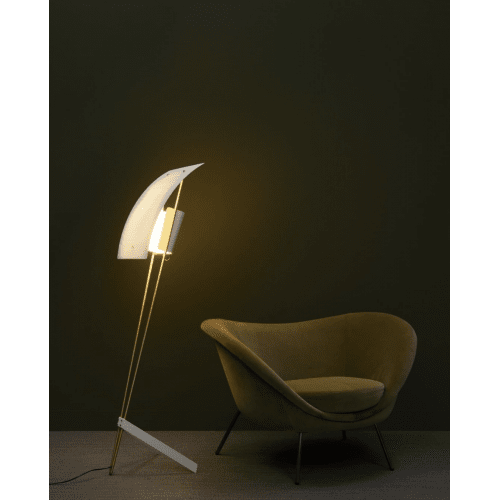 Sammode
G30
€1,790.00
The G30 floor lamp was designed by Pierre Guariche in the 1950s, inspired by the "kite" as he called this impressive floor lamp.Its 59 cm white lacquered perforated sheet metal sail, like a boat sail, provides a filtered and soft light. 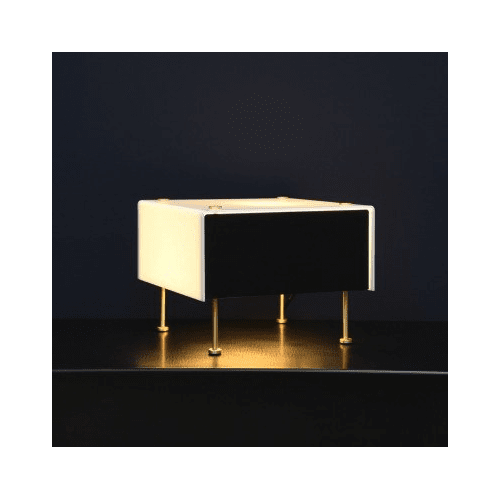 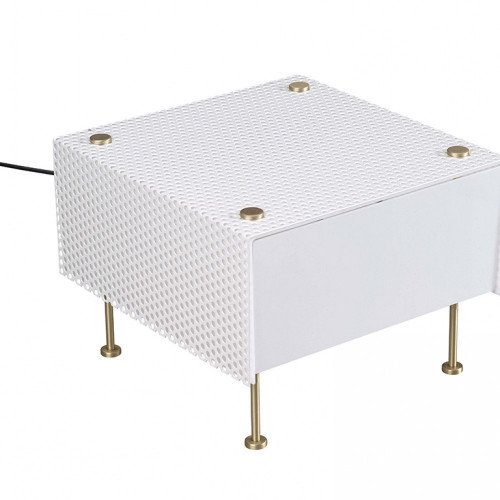 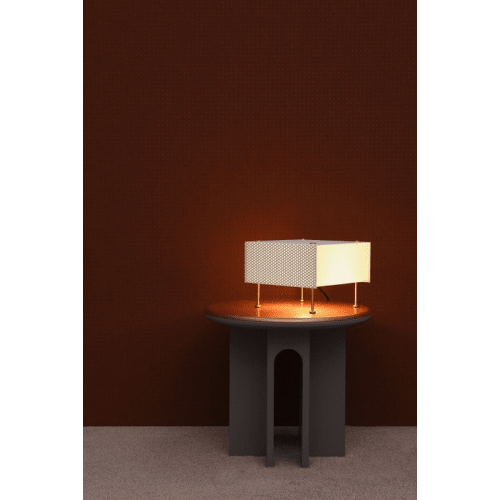 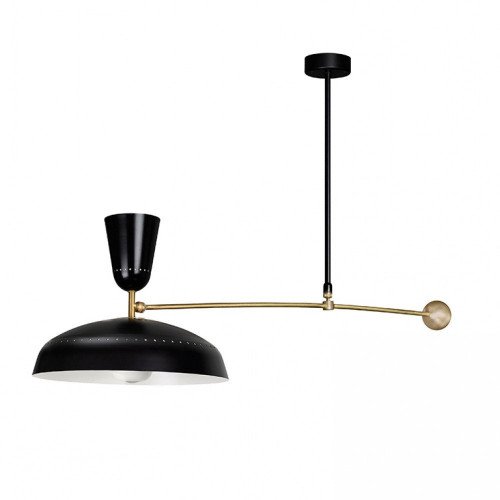 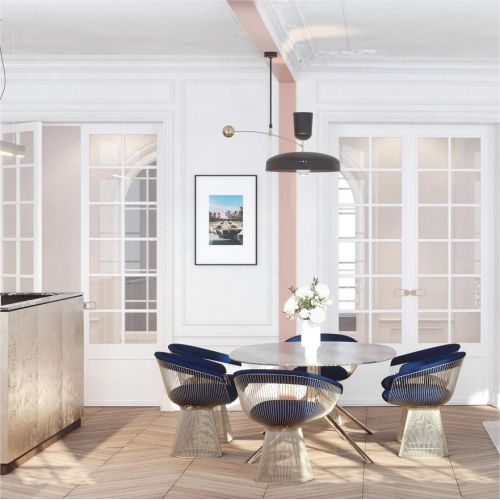 Sammode
G1 suspension
€2,579.00
The stunning G1 pendant light is one of three versions of the iconic G1 series developed out of the 1951 classic by design genius Pierre Guariche.G1 is also available as a floor lamp (in two sizes: G1 Floor & G1 Floor Large) and G1 wall lamp 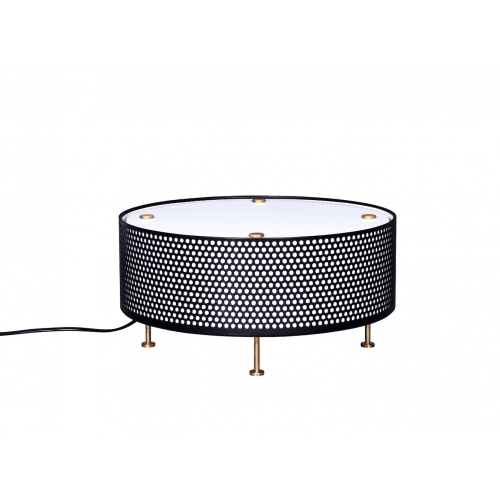 Sammode
G50
€890.00
Creation 2022This G50 table lamp has a diffuser that closes a drum.Its diffuser is made of perforated sheet metal and lined with an opal film supported by four brass feet.
Filters
Clear filters