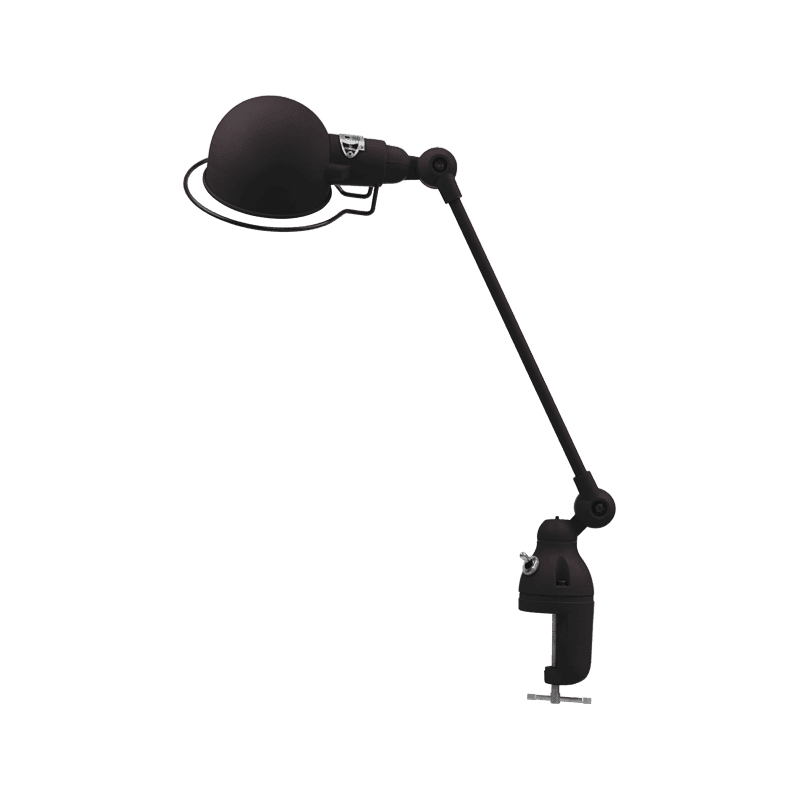 JIELDÉ's SIGNAL collection is growing!
Here is the JIELDÉ SIGNAL SI302 clamp lamp, a variation of the SI300.

This lamp has a clamping shaft that can pinch up to 4 cm thick.
It consists of a swiveling and swiveling reflectorof Ø10cm , fitted with a ring located around the reflector to facilitate its orientation.

Perfect for creating a reading corner or improvised work, it attaches to bookcases and shelves very easily with to its vice base. 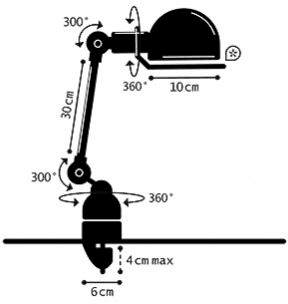