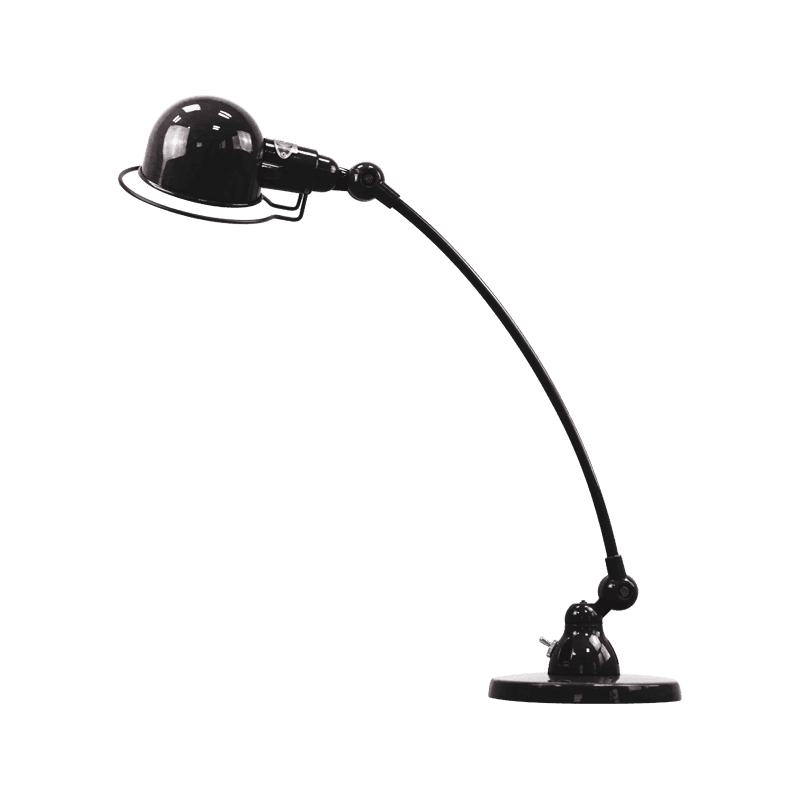 The JIELDÉ SIGNAL SIC400 table lamp is a rare and sought-after model.
The particularity of this model is its curved arm of 40 cm, it has a reflector of Ø10 cm orientable up to 360 °.

This atypical luminaire with round curves, will know how to light an office, a reading corner, a kitchen… or on the contrary decorate a room or a hallway WITH to its vintage and unique aspect.
The luminous flux is easily oriented due to its ring located around the reflector. 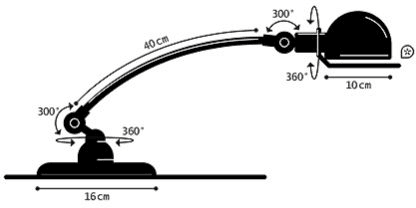