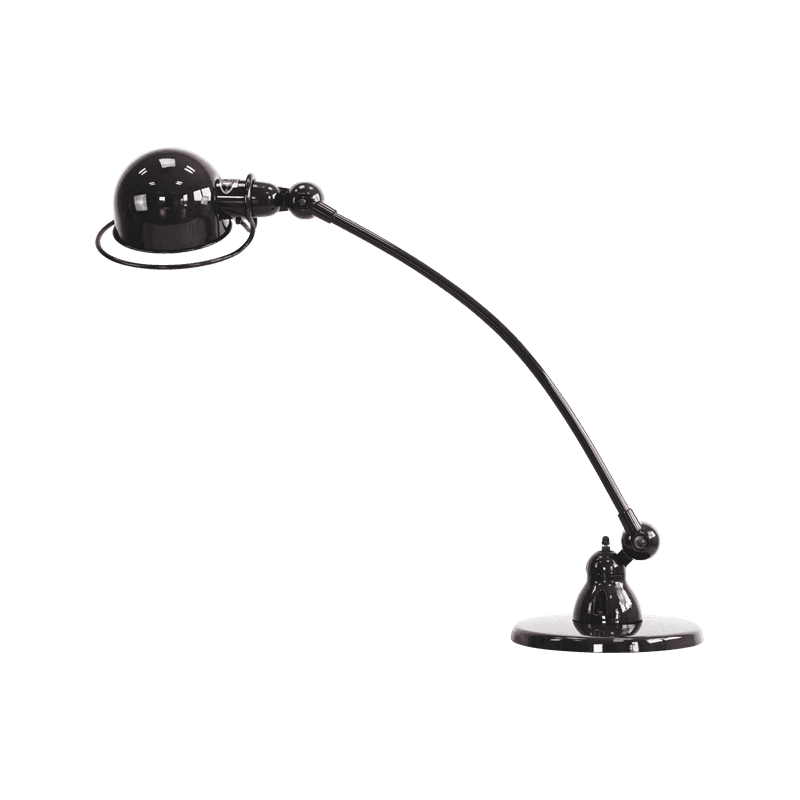 This JIELDÉ LOFT C6000 table lamp is distinguished by its curved and articulated arm of 60 cm.
It has a Ø15 cm swiveling reflector that swivels up to 360 ° and can also tilt from bottom to top in order to direct the light with precision, which makes it very functional and completely versatile.

This table lamp is identical to the JIELDÉ SIGNAL SIC400 in larger dimensions (SIC400: curved arm of 40 cm and reflector of Ø10 cm).

This elegant lamp will find its place perfectly on a desk, a bedside table or even in an entrance, it will bring an industrial touch to your interior decoration.