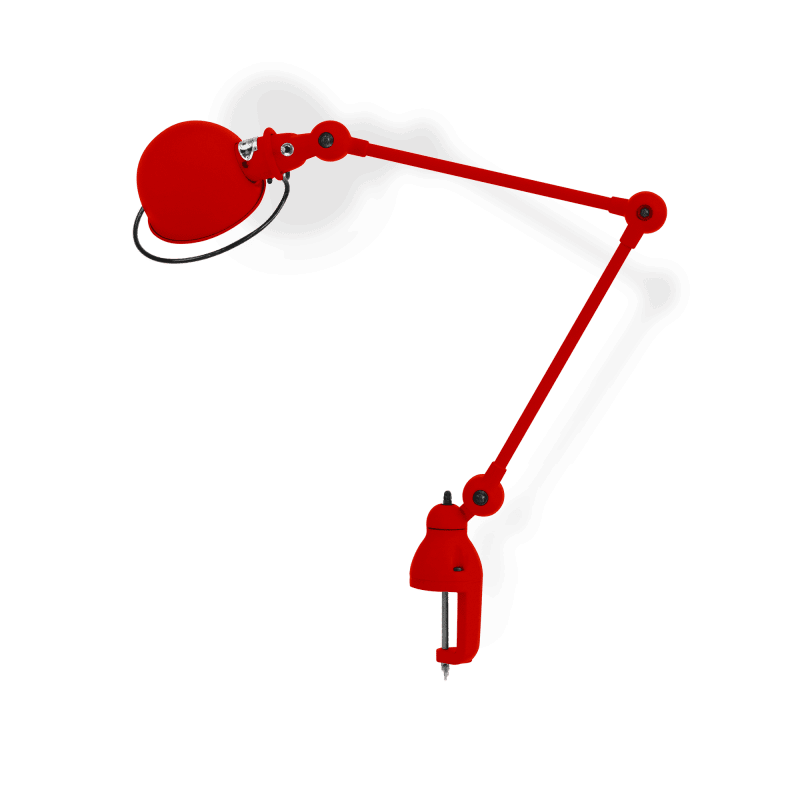 The JIELDÉ LOFT D4040 clamp lamp will seduce you with its originality and practicality.
This lamp does not rest on a base but on a vice that you can fix according to your desires on a table, a piece of furniture, a desk or other work plan (ideal to pinch, up to 7.2 cm max).

Functional and aesthetic, it is composed of two articulated arms of 40 cm and one of an adjustable reflector that can rotate up to 360 ° and tilt from bottom to top.

This lamp comes from the famous LOFT collection by JIELDÉ, it has an articulation by circular contacts:
the wires have disappeared, they are replaced by wavy chrysocal contacts which circulate the current within the joints.

Its industrial look is sure to enhance your interior design. 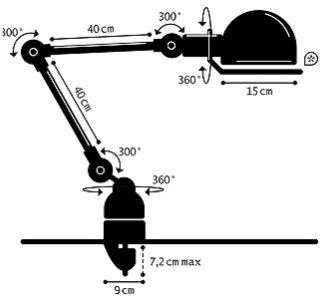