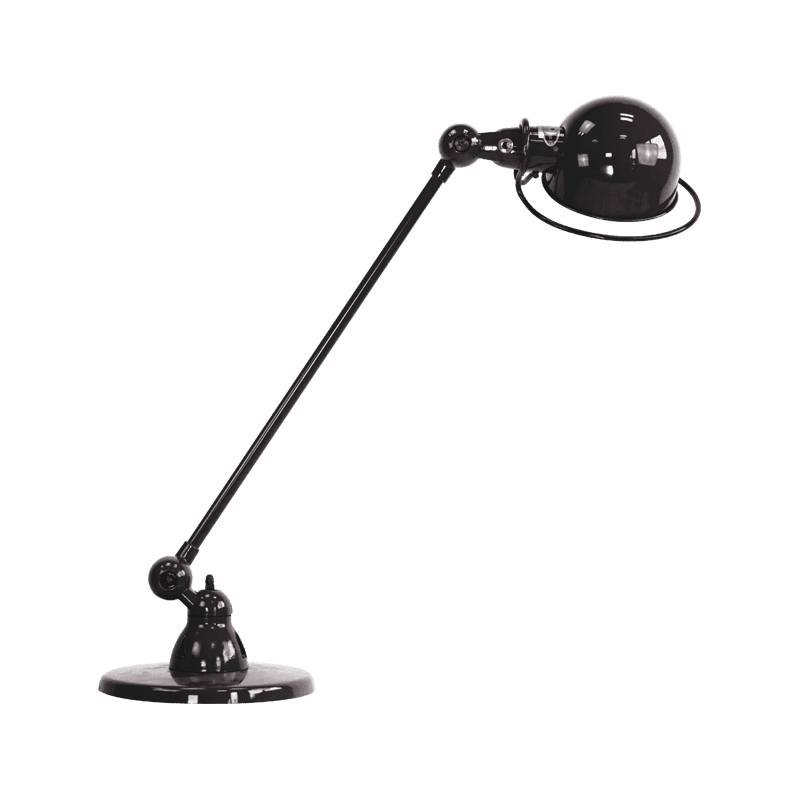 The Jieldé Loft D6000 table lamp is a true "classic".
It consists of a 60 cm arm, an adjustable reflector that can rotate up to 360 °, allowing the light to be directed with precision.

This lamp comes from the famous LOFT collection by JIELDÉ, it has an articulation by circular contacts:
the wires have disappeared, they are replaced by wavy chrysocal contacts which circulate the current within the joints.

Resistant and aesthetic, this table lamp will perfectly illuminate your office or your entrance and will add an industrial touch to the decoration of your room. 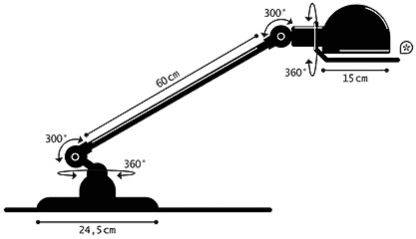