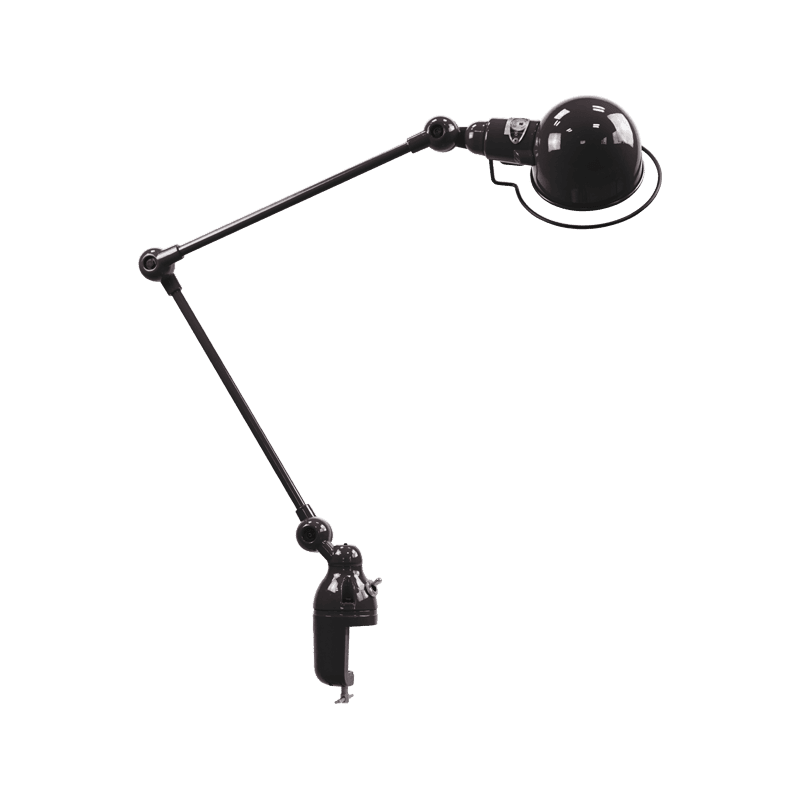 JIELDÉ's SIGNAL collection is growing!
Here is the JIELDÉ SIGNAL SI332 clamp lamp, equipped with two articulated arms of 30 cm.
This lamp rests on a vice that you can fix according to your desires on a table, a piece of furniture, a desk or other work plan.
Its clamping shank can pinch up to 4 cm thick.
Its diffuser of Ø10cm is adjustable, it allows to direct the light with precision.

A trendy light made in Steel, which will bring a contemporary touch to your interior. 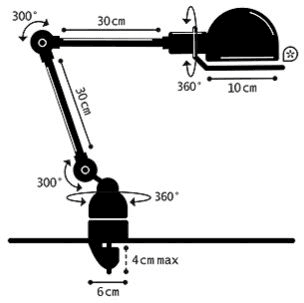