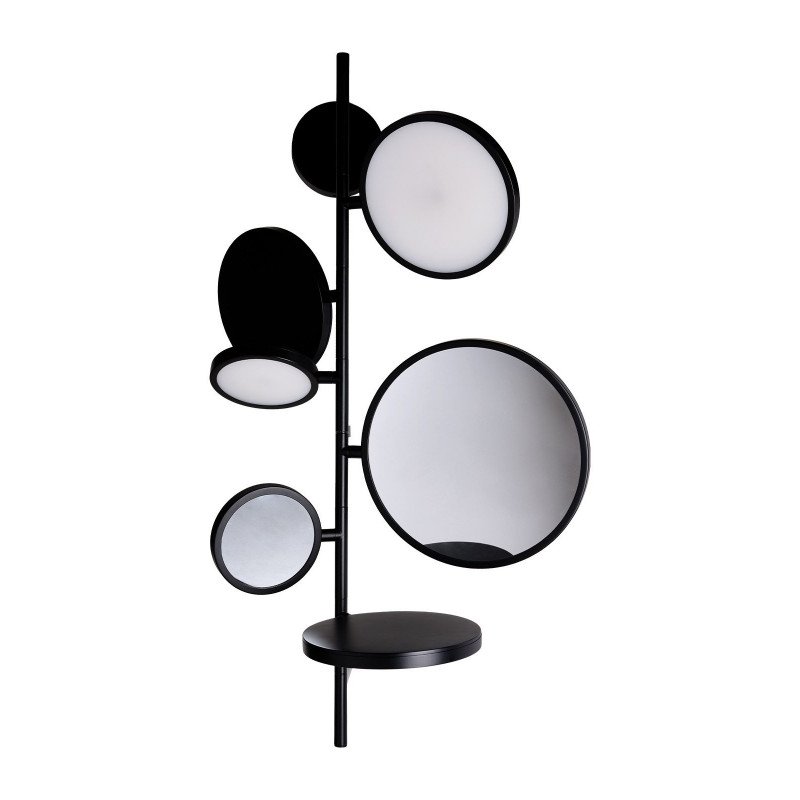 This ingenious bathroom wall lamp was designed by Giulia Liverani, a contemporary Italian designer.
Tell Me Stories has two pivoting mirrors including a 3x magnifying mirror, two Dimmable LED lamps to adjust the light intensity and greatly facilitate the application of make-up and two 20.5cm diameter shelves.
Functional and graphic, it will dress your bathroom wall with elegance.
This lamp, practical and efficient, will improve your daily life.
This beautiful lamp is available in three colors: Black, Gold, Silver. 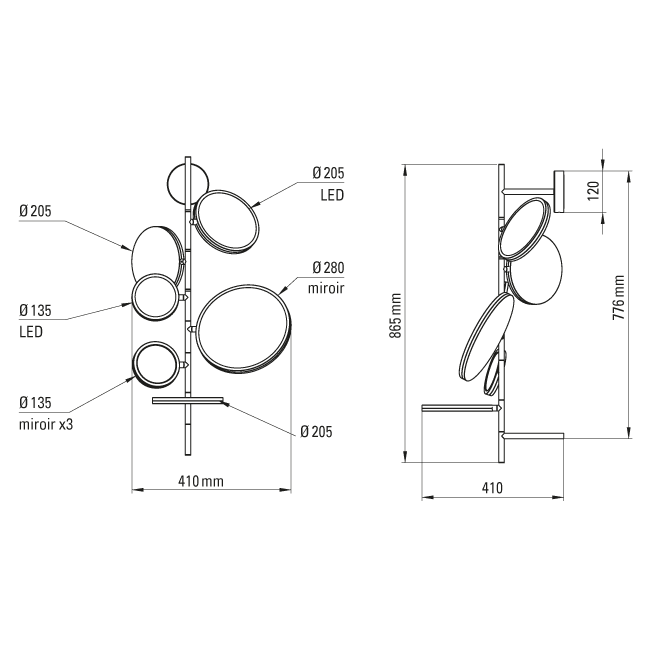