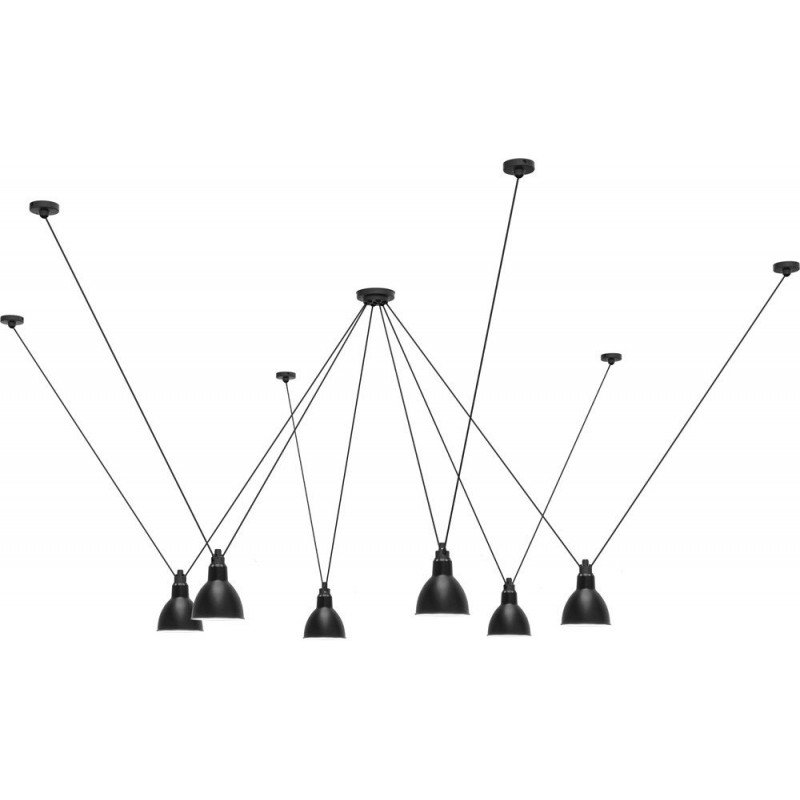 This 326 pendant from the Acrobates de Gras collection has six reflectors of your choice, and it is supported by twelve adjustable cables of 3m.
Unique, elegant and imposing, this lamp is ideal above a dining table, in a living room or in a large hall, it will charm you with its atypical industrial style. 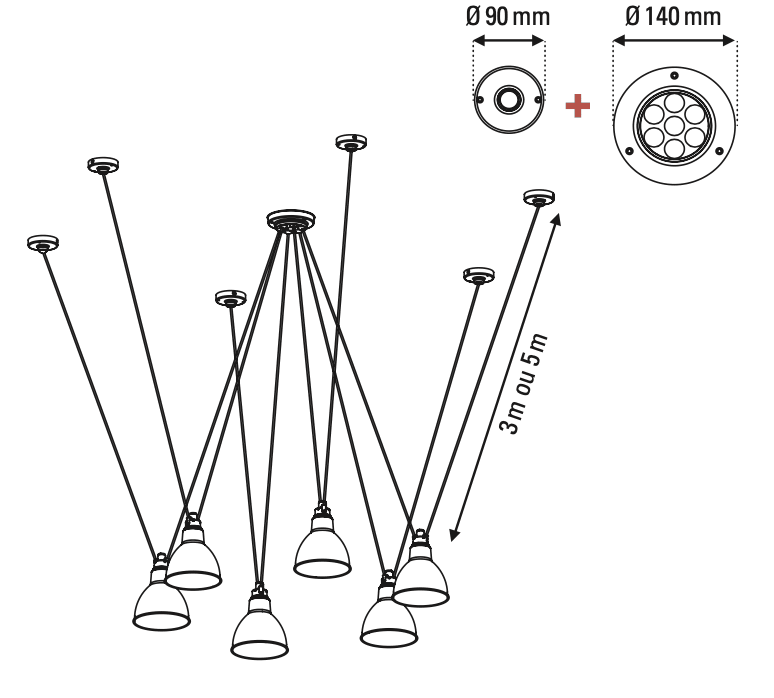