The 325 pendant light was designed with three reflectors
to be perfectly functional and design.
It is equipped with 6 adjustable fabric cables of 3m to fix
in 4 places on the ceiling.
Elegant and warm,
this industrial design lamp will enhance your interior.

The Acrobate de Gras offer an evolution
clever classic Lampes Gras,
from which they take the reflectors.
They perform different figures in the air,
perched several meters high.

Very elegant,
black fabric cables trace sharp geometric lines in space.
These suspensions offer a multitude of possible configurations,
the whole collection can consist of different shapes and colors of lampshades,
in order to personalize your interior as you wish.

You also have the possibility to connect several suspensions between them
by adding a junction piece: contact our customer service. 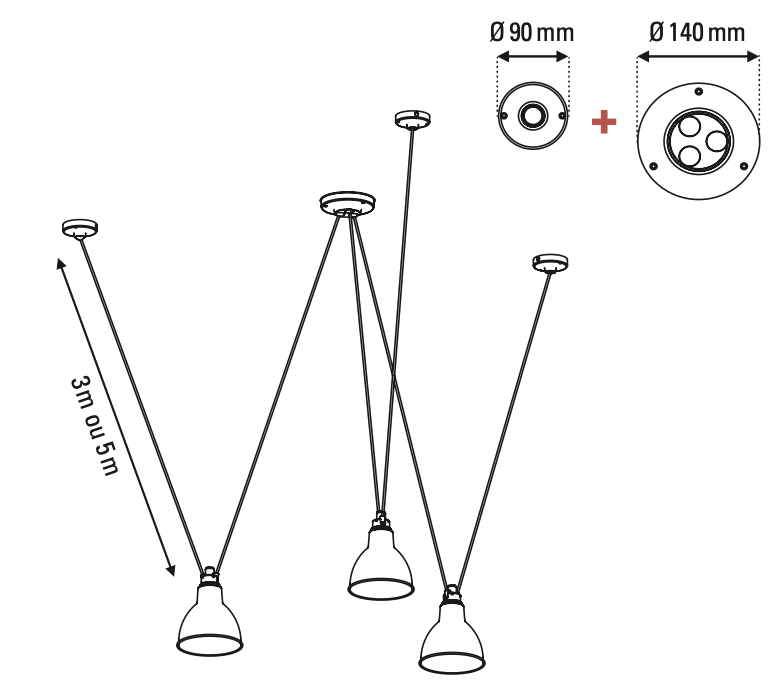