The BS4 pendant lamp by DCW Editions has a large 102cm arm that can be tilted horizontally by 15 ° which will allow you to target the light more precisely.
The MANTIS BS4 pendant light is ideal for design lovers looking for a luminaire with an elegant and refined look.

It fits perfectly into contemporary interiors, modern and design but it will also find its place in more classic interiors.
Indeed, it will bring a touch of modernity and a discreet but design light object.

We advise you to install it above a dining table or a reading corner. 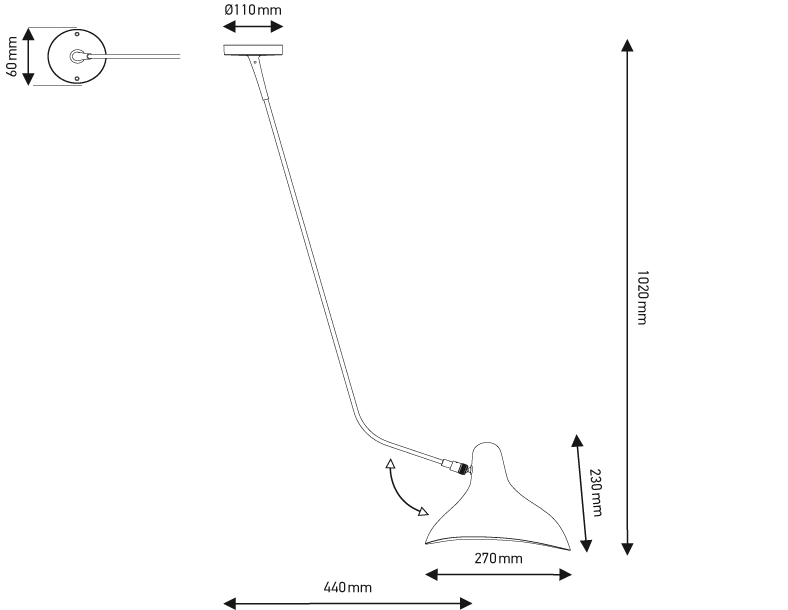