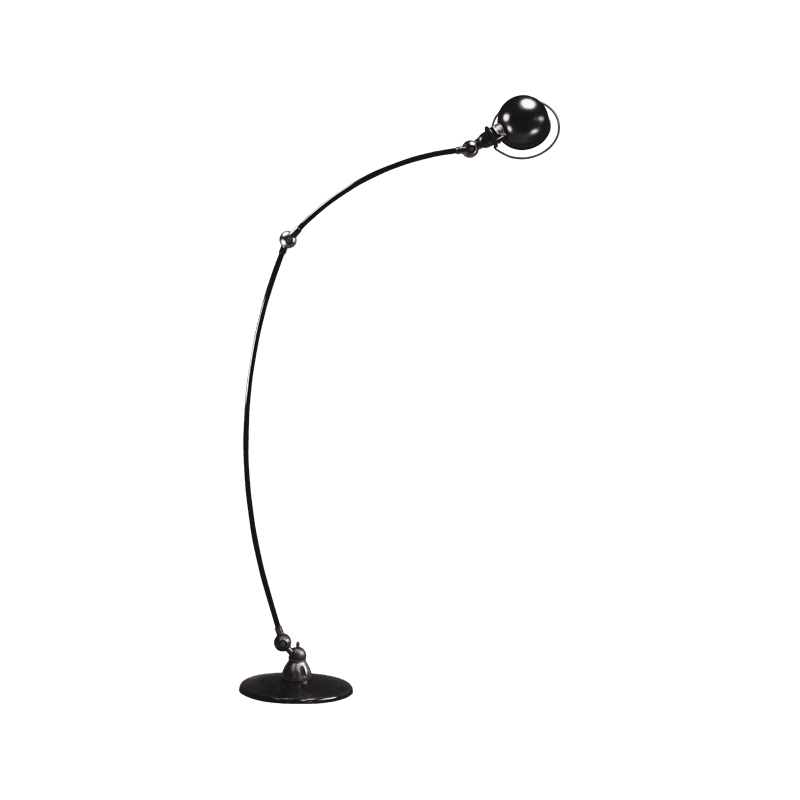 The JIELDÉ LOFT C1260 floor lamp is a rare model sought after by connoisseurs.
The particularity of this model lies in its two articulated curved arms of 120 cm and 60 cm.
It has a Ø15 cm swiveling reflector that swivels up to 360 ° and can also tilt up and down in order to direct the light with precision, which makes it very functional and completely versatile.

This designer light has a fine line that will sublimate your interior by providing a strong decorative value.

This luminaire comes from the famous LOFT collection by JIELDÉ, it has an articulation by circular contacts: the wires have disappeared, they are replaced by wavy chrysocal contacts which circulate the current within the joints. 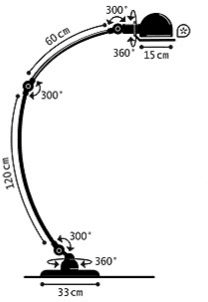