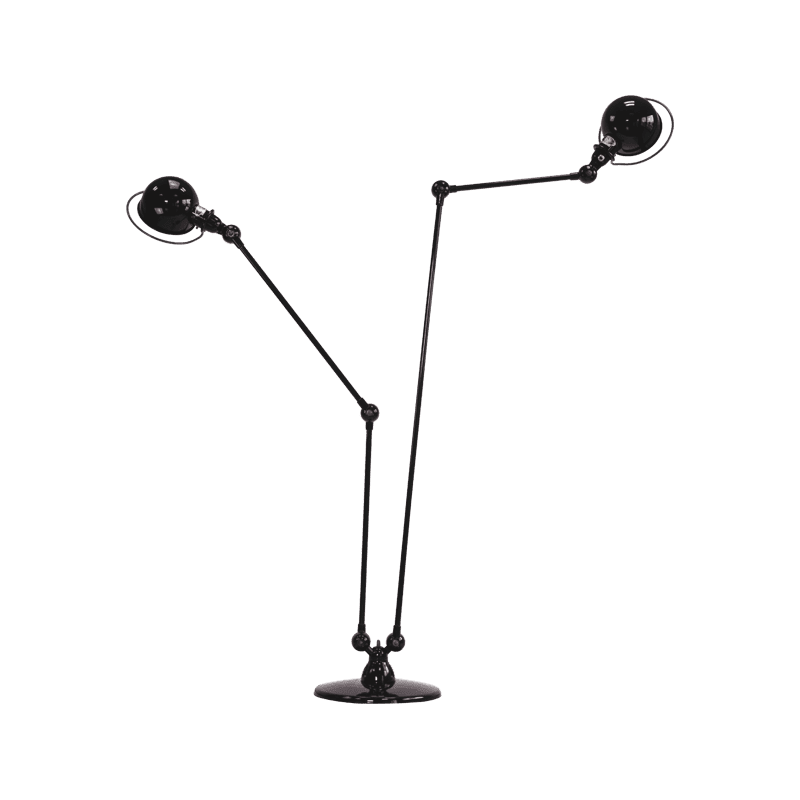 This JIELDÉ LOFT DD7460 floor lamp is an ingenious combination of two lamps in one.
It will undoubtedly find its place in your layout and will blend perfectly with your interior while bringing an industrial touch to your decoration.

This luminaire has two articulated arms (1 arm of 120 cm and 40 cm + 2 arms of 60 cm) with a switch on each of the diffusers, which makes this floor lamp very functional.
It has two adjustable and tilting reflectors 15 cm in diameter and an ingenious system of counterweight which gives it great stability.
This luminaire comes from the famous LOFT collection by JIELDÉ, it has an articulation by circular contacts:
the wires have disappeared, they are replaced by wavy chrysocal contacts which circulate the current within the joints.

This floor lamp is available in a smaller version (SIGNAL SI8380 composed of two articulated arms:
the first of 80 cm + 30 cm and the second arm of 80 cm and two reflectors of 10 cm in diameter). 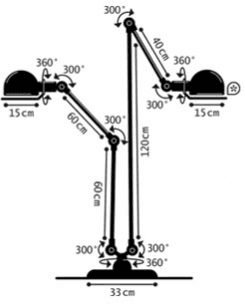